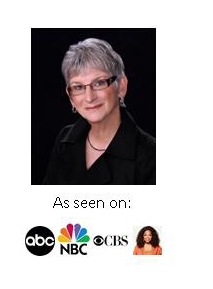 Okay, I’m not a marriage counselor so I probably shouldn’t be going around giving advice to married couples, especially since I’m on my second marriage and so is my husband, but the idea of letting a little gin improve your marriage is really a good one at least for Terry and me and I thought I’d share with you why it is.

You probably should know that Terry is a workaholic because that’s one of the reasons I came up with this idea in the first place. He’s never without his cell phone or IPAD and he looks at weekends as catch up days to finish all the work he didn’t accomplish during the week because of overbooking. It seems when each day comes to an end, his “to do” list is longer because for every task he crosses off, he adds a couple more jobs.

I realized early on in our marriage (which is on its 30th year) that if I were going to get any attention from him, I’d have to get on his “to do” list or at least find a way to sneak into his daily routine. That’s where the gin comes in, gin rummy that is. It’s such a fun, easy card game that doesn’t require a mind that can count cards in order to win. I think I introduced the cards on a weekend in an effort to get him into a playful mood. Workaholics don’t think about playing unless it’s on a list.

What happens when we play cards is magic! First of all there’s competition, (we play four hands every day except Sunday when we play six hands) and we keep a running score through the week with a winner on Sunday. Second, while we’re playing, we tend to talk about lighthearted issues like we did this morning. We talked about the walk we took in the snow yesterday. There's a vacant house in our neighborhood because of a foreclosure. Before it snowed, my curiosity got to me and I got Terry to go with me to the front door to read the legal notice on the door. While he was reading, I turned the knob and the door opened! Yikes! "Somebody's in there!" I said as I ran up the long driveway we'd walked down to get to the house. So yesterday, we walked to the house to see if there were footprints to the house. There were! Here's our conversation this morning.

“Gad, what if somebody is trying to secretly live in there?.”

“Well, maybe we should call somebody?”

"Let's just mind our own business."

Now that playing gin is a habit and it’s part of our morning routine, I get to look forward to having playful, quality time with my workaholic spouse every day. Oh, and if, God forbid, our routine gets derailed and we don’t play in the morning, Terry insists we play before the day’s out so he’ll be able to cross it off his daily “to do” list so he can get a good night’s sleep.

Living with a BO (Born Organized) makes me so glad I'm a SHE (Sidetracked Home Executive). We are so blessed to have our disorder. 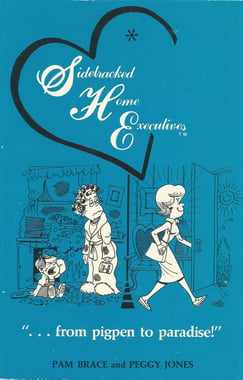 Incidentally, when my sister Peggy and I got organized 40 years ago, our book was the first get organized book on the market written by reformed slobs. Because we were so disorganized and created a unique way to get organized, we wanted to share our system with the world! We wrote "Sidetracked Home Executives: from pigpen to paradise" and put the 3x5 system in the book. The rest is history! Because of that book there are hundreds of people teaching a version of what we developed. Sidetracked Home Executives is available on Kindle and you can get the eBook directly from me. Just tap on the cover which is the original cover 40 years ago!