ADHD It's a GOOD Thing

I've been following this adorable couple on Youtube, with their crazy songs about COVID. My stepson Eric connected me with them, when I was telling him about how all the Hallmark Christmas movies have to have, snow, and a snowman contest and a snowball fight, a big city, a quaint town in New England, ice skating, lots of laughter that's too loud, a rich man and a sad, but adorable woman. That's when Eric told me about the Holdernesses and their song about the Hallmark Christmas movies! I was hooked.

END_OF_DOCUMENT_TOKEN_TO_BE_REPLACED

It Took Us 21 Days to Establish This Habit 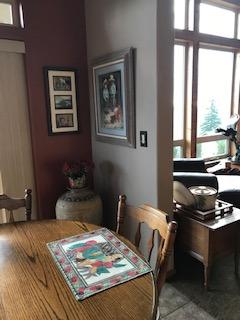 END_OF_DOCUMENT_TOKEN_TO_BE_REPLACED

Wiener Schnitzel on the Road

END_OF_DOCUMENT_TOKEN_TO_BE_REPLACED

"Mmmm.... what's cooking?" That's the question you're bound to hear as this simple dish simmers on the stove sending a savory smell that truly excites the senses. One bite of these sautéed onions and mushrooms and you'll forget you ever craved those carb laden side dishes of the past.

Mushroom and Onion Side Dish

Melt coconut oil in large frying pan on medium high. Fry mushrooms and onions until they begin to brown. Add cheese and almond flour and seasoning. Keep cooking until the contents are a delicious brown. Serves four.

Hope you enjoy the video!

END_OF_DOCUMENT_TOKEN_TO_BE_REPLACED

In this video, I explain how the zones work to help you stay on track with housecleaning.

Created by the "Sidetracked Home Executives," the zones help you focus on one room at a time. Flylady's Flight Plan is the SHE Zone plan. We gave Flylady permission to use it to help you be organized in your home and if you get her Flight Plan but are still confused about how it works, this short video will help.

END_OF_DOCUMENT_TOKEN_TO_BE_REPLACED

1. Face the problem in full light

2. Assess what you can do to solve it

3. Create a plan of action

4. Do at least one action every day according to the plan

5. Be patient and persistent

It’s never too late to change your life. When you don’t like something in your life you have to be able to illuminate the cause of the problem and what part you’ve taken to create it in the first place. If you can't see your part in the problem, and blame someone else for it, you have no control over the change. You can’t get anyone to do anything they don’t want to do.

One divorced woman wrote that she’d been married for 25 years and her husband had cheated on her more than once during the marriage and had ultimately left her for another woman. She said she hardly recognized her home or herself and she blamed him.

Then she realized, in spite of a cheating husband, she’d successfully raised two happy children and she needed to stop worrying about what her husband did and focus on what she was going to do.

She figured he probably felt he’d had a good excuse for the affairs because she’d gained a bunch of weight and was not attractive, she hadn’t had the energy or desire to be intimate with him because of her unhealthy body, the house had gotten out of control and she was a full time homemaker and felt guilty for her shortcomings.

It occurred to her if she were to get her act together, she’d get her life back, her body back and her home back. She didn’t mention anything about wanting to get her ex back. It took her a little over a year to reach her goal and she was looking forward to flaunting her new self (in a size eight, mother-of-the-bride suit) at their daughter’s wedding.

END_OF_DOCUMENT_TOKEN_TO_BE_REPLACED

When you have leftover chicken, turn it into a delicious chicken salad you can use to make sandwiches or serve on a bed of lettuce. You can always freeze the chicken in a ziplock freezer bag if you don't have the time to make the chicken salad. Be sure to write what it is on the outside of the bag and date it. After a full ziplock bag is frozen, if it's not labeled, it'll be a mystery bag you'll be afraid of later and you'll never use it.

When you read more you'll see the recipe and watch me prepare it.

END_OF_DOCUMENT_TOKEN_TO_BE_REPLACED

BOs (Born Organized) could never do what I do in this video. It'd drive them crazy.

But we lucky SHEs (Sidetracked Home Executives) have no problem doing this.

Women are notorious for neglecting self-care in lieu of caring for others and when asked if they are selfish about taking care of themselves, most cringe and say, “no.” The cringe comes from guilt knowing they should have free time for themselves. There are two parts to this: one is you need to know what you’re going to do when you take time out (I'll go into that another day) and two you need to make time for the time outs. Here's just one way to make time. Watch the video and then give it a try. It's actually fun!! And it'll save time you could use to play.

Watch this 2.52 video and Pam will show you how to save a lot of time in the next year by NOT folding your sheets.

END_OF_DOCUMENT_TOKEN_TO_BE_REPLACED 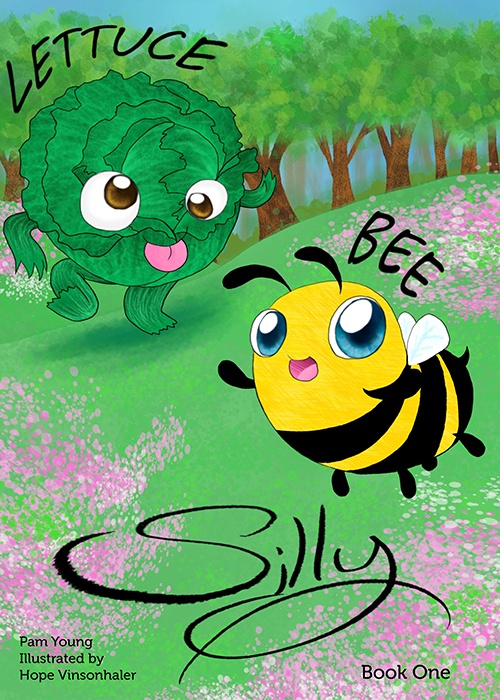 Remember your mom bundling you up so much you could hardly walk around outside?

This is one of the poems I wrote for my children's book: "Lettuce Bee Silly." If you have kiddows around, they might like to watch this short video.

END_OF_DOCUMENT_TOKEN_TO_BE_REPLACED

Remember your mom bundling you up so much you could hardly walk around outside?

This is one of the poems I wrote for my children's book: "Lettuce Bee Silly." If you have kiddows around, they might like to watch this short video.

END_OF_DOCUMENT_TOKEN_TO_BE_REPLACED

Men are weird when they're hungry....

especially tall ones. I learned this early in my marriage to Terry. When it was dinner time he used to always be ravenous and, quite frankly, I didn’t like him when he was that way. He was six feet, three inches of uncontrollable hunger and he’d drive me nuts! He didn’t act mean or cranky like some men do; he just acted like he’d skipped his meds. He’s sort of a combination of Cramer (in the sitcom Seinfeld) and Barney Fife (in The Andy Griffith Show). But when he’d get hungry he’d be like those two characters on speed. He’d dart around the kitchen trying to get closer to the pending meal. He’d find difficulty concentrating and our kitchen just wasn’t big enough for both of us, when he’d be famished.

A famished man definitely acts differently than a famished woman. It doesn’t surprise me at all that Swanson didn’t think to name their large portioned TV dinner, Hungry Woman Dinner, even though an average lady can put one away with no problem. No one addresses the idea of a hungry woman because, quite frankly, we never are. That’s because we snack. From the time we are youngsters; we spend more time in the kitchen and therefore have more access to food than men do. If we work outside of our homes we carry with us a snacking pattern gleaned from generations of female snackers. I would bet that more business women have snacks in their drawers at work than men do. And men don’t have purses (a natural snack satchel) to tuck treats.

END_OF_DOCUMENT_TOKEN_TO_BE_REPLACED

In chapter five of “The Joy of Being Disorganized,” I talked about meeting Oprah and what fun it was to find out she was a self-confessed SHE (Sidetracked Home Executive)! It was a moment where a real life celebrity became just like you and me. Dining can be like that too. You don't have to eat at the tables of Paula Deen, Rachael Ray or Giada to savor gourmet tasting food.

You can make it yourself! In this cooking video I show you one of the easiest ways to bake salmon-- that heart healthy source of omega-3 fatty acids. Doctors call it “brain food” but I just call it delicious.

Throw in a sprig of rosemary (which always goes well with almost any fish) in and enjoy! Here's my simple recipe with video to follow.

END_OF_DOCUMENT_TOKEN_TO_BE_REPLACED

When you've scooped all you can out of a mayonnaise jar, there's usually enough left in the jar to make a creamy salad dressing? All you have to do is add some yummy ingredients, to the jar and shake it!

Watch the video and see my secrets for making a delicious creamy salad dressing.