Can This Relationship be Saved?

Do you remember a long-running Ladies’ Home Journal column that started in 1953, called “Can This Marriage Be Saved?”? It featured real-life couples and the juicy details of their marital issues.

As I recall, the columns were split into three parts: a wife’s viewpoint, her husband’s perspective and then a final judgment by a counselor from the American Institute of Family Relations (AIFR). AIFR was a successful, but now defunct, center founded in the 1930s by “Dr.” Popenoe. (He wasn’t REALLY a doctor or even a psychologist. He did have an honorary degree as a eugenicist, which is one who believes and practices improving the genetic quality of a group of individuals. He must have been more concerned about improving the male of the species, because more often than not, the pretend doctor’s counselors found a way to pin problems on the wives, calling them “childish,” “juvenile,” “emotionally immature” and “frigid,” 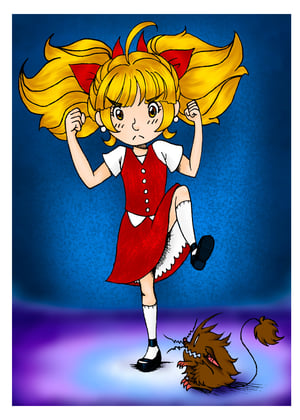 I remember my mom reading the column and when I was a young mother, I would've been interested in it if it had addressed the issue of being disorganized, and how it affects marriages. That problem certainly affected my first marriage, big time!

Has disorganization affected your relationships in a negative way? If Dr. Popenoe were still alive, I wonder what he and his counselors would conclude from this letter from a very distraught woman.

Can this relationship be saved? Here is dialogue that went on in my home just this morning.

“Well tell me what else is new!

“What's happened to you? When I first met you, I was so happy and excited to be moving in.”

“Yeah!”  All of a sudden you were mine and I couldn’t wait to play house with you. Of course there were things I wanted to change about you, but then my life got so busy and I ended up wishing you’d change but NO, you never did!”

“Oh, for one thing, I thought you’d be cleaner than you are! Instead you’ve gotten dirtier and you even stink a lot of the time! I never bargained for that when I saw you for the first time.”

“I’m just sayin’ I don’t like you most of the time and you make me want to move out and go live someplace else!”

“Yeah, I suppose I do. If I moved out, I know I’ll end up in the same mess someplace else if I don’t get organized!” 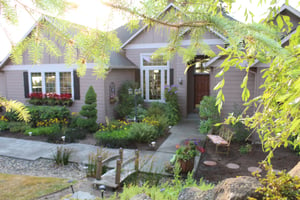 You probably guessed this is dialogue between a woman and her house. And, yes, this relationship could've been saved, if she could've brought a semblance of order into her home. Remember when you first moved into your house? Think about how excited you were to have your own place! You could see the possibilities and you had grand plans for making that house a home. But you got busy and tired and overwhelmed and nobody in the family felt like you do, about your home, so you got cranky too.

Before I got organized, my first husband and I moved 13 times in 14 years of marriage. With every new start I vowed I was going to get organized and create a happy, cozy, clean and organized home for my family. Instead each place swallowed me up in CHAOS (Can’t Have Anyone Over Syndrome) until I was finally spit out in 1977 with the intense desire to get organized so I’d have more free time to play. At that time I had three kids, ages four, nine and 12, and moving back to Vancouver, Washington where my disorganized sister lived with her husband and three kids, ages one, two and three (disorganized women have babies more often than women who are born organized), gave us both mysterious energy to change and get organized. Where two or more are gathered with an idea, the energy is tenfold.

Once we put our creative heads together, we designed a plan that whipped us into shape in six weeks! The simple plan used 3x5 cards to tell us what to do and when to do it, and before we knew it, our lives were running smoothly and I’ve had so much free time to play in this fabulous 40 years since I made the decision to get organized! It couldn't be easier to get the system than it is right now! All you do is print out the cards on card stock and you're in business. Plus you get the SHE 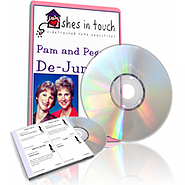 Best to all of you!