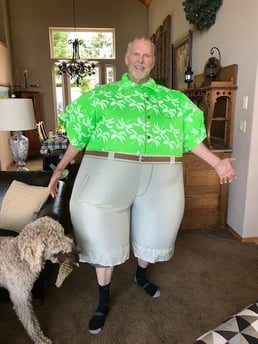 If you've gained some weight since the quarantine, it just might be that your inner child has been a little down. They don't call "comfort foods" comfort foods for nothing...they're comforting. Along with comfort food, there's sick food. That's what you got when you were a child and sick. My childhood sick food was ice cream, 7-Up and popsicles. Although I haven't been sick during this time, I do have a heart condition (atrial fibrillation) and because of COVID-19 I've been unable to have what they call an ablation because it's considered an "elective" surgery. It has a 70% success rate and I've been scheduled to have it July 29! It was originally scheduled for April 8, and I've been waiting all this time.

Nelly (my inner child) has been extremely upset by this and has insisted we have "sick" food. That one notion has put two half gallons of chocolate ice cream in our freezer and ultimately in me in the last three months. ICE CREAM, full of sugar, full of carbs.

One of my mottos is: "If you don't buy it, you can't eat it." It's at the point of purchase where all your power is. So if you've been a little depressed and felt sorry for yourself, when you go to the grocery store you need to have a parking lot talk before you go in. Say something like, "I know these are hard times, but buying carbs will not change anything except the size of your clothes." When you get out of a store without succumbing to your inner child's demands, you'll get home with a sense of power and you'll eliminate many power struggles you'd face having a half-gallon of ice cream in your freezer. I think Nelly and I had 10 fights per gallon.

Remember In the course of three months you could easily put on 10 pounds and here are the three main reasons why.

EXCERPT FROM THE MOUTH TRAP: the butt stops here!

1. Too many carbs: During one weight-gaining period, I realized I'd turned date night into carb night, failing to recognize that I was gradually becoming more excited to be going out to be with French fries and bread than spending quality time with my husband. When you follow a low-carb lifestyle, it’s so important to stay away from carbs, because they're addicting and they not only cause fat to stay on your butt, they cause thoughts of how good they are to stay in your head.

2. Comparing your body to other bigger bodies: In “The Mouth Trap: the butt stops here!” (the book I wrote about losing weight on a low-carb diet) there’s a chapter entitled, “How to Shoot Yourself in the Foot,” and it deals with this problem. Here’s an excerpt that has helped me get back on my wagon whenever I fall off.

When I was in denial about my weight, one of the biggest forces keeping me struggling was my penchant for judging others and comparing myself to them. For ten years I sang in a Sweet Adeline Chorus made up of 130 women whose average age was 55 and average weight I’d guess was 175 pounds. I’ve never in my life seen such a massive collection of overweight, middle-aged women. When I compared my body to the average singer in that group I felt-little.

But I was shooting myself in the foot. That tendency to compare cost me five years of dragging seven sacks of flour. [In the book I have my readers convert in their minds, their weight into five-pound bags of flour so seven sacks of flour equals the 35 pounds I wanted to lose and did.] I look back and wonder how I could have considered myself little. Had I been minding my own business I would not have judged any of those women. They have nothing to do with me and my weight problem. But I allowed comparing myself to them make me feel better about myself. Is there nine- year-old mentality lurking around here?

When our celebrations lead to weight gain, it’s time to wake up and reset our entitlement meters.

It's not that hard to get back on the wagon once you make a decision to do so and craving carbs stops after about three days. Get a juicy reason to cut out the white stuff and in just a few days you'll be losing weight and feeling better.

To purchase "The Mouth Trap: the butt stops here!" just click on the cover. 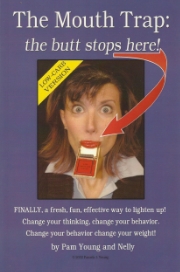 I have a few audio CD sets left (I'm selling them out) and if you order that set, I'll give you the e-book as my gift. (I'll watch for your order and manually put the e-book into your account.

Here's a video with a recipe for low-carb pizza. As soon as I made the decision to go low carb, I set out to learn how to turn some of my favorite high-carb dishes into delicious low-carb treats. Just click on the daisies to watch the video and get the recipe. 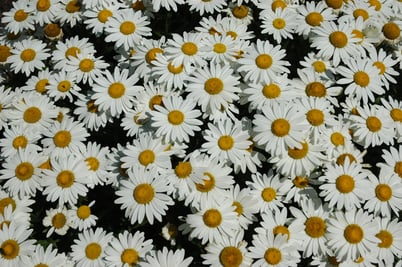