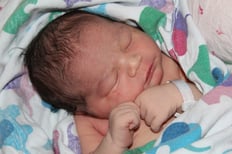 When everything opens up, plan to have fun!

Before the pandemic I was invited to a baby shower/potluck and I didn't know the woman who was giving it nor did I know the mother who is having a baby, actually twins. You may wonder why I went. It’s because I’d finally decided to get involved in a pro-life group in Portland, OR. It was the first time I’d taken part in any of their work and I blame my desire to join in, on Abby Johnson who wrote a book called “Unplanned.” It’s an amazing read. She was a big deal in Planned Parenthood who flipped and went over to the pro-life side of the fence.

I’m not a political person and in my opinion this issue isn’t political. My reason for being pro-life is very simple. When my mom was pregnant with me, if she had chosen to have an abortion, I wouldn’t be here, typing this blog. Because I’m a big chicken and I don’t like confrontation, you'll never see me with some weird hat on, or holding a sign outside of anywhere! I don’t protest, and don’t ever plan to. (In fact if you are pro-choice, any negative response to this blog will be deleted and ignored.). I’d rather help on the other side of protest. And going to that baby shower was my first fun step.

Besides bringing a gift for the baby, I was asked to bring a salad of some kind. I made a potato salad and served it in a brand new potty-chair. (I found a really cute one at Walmart.) Thinking about it cracks me up! I didn't know any of the women putting on the shower, but was an opportunity to get to meet some who have been on the front lines.

My gift was money. I crunched up currency of various denominations into a disposable new-born diaper along with the rest of the unused diapers. I put a sign on the diaper with the money in it that said, “Caution!! This diaper is loaded!"

It kind of looked like the underlying theme of my participation at the shower was poop! Maybe subconsciously we moms know that a lot to being a mom has to do with poop. It’s not funny, it just is. With my poop theme, I brought creativity and lightheartedness to the group of strangers. My good friend LouAnn Edwards told me that many of the wonderful people in the pro-life movement in Portland could use a good laugh and I applied them with just that.

The mother-to-be needed to know she's not alone and I've learned that the programs sponsored by these pro-lifers help with everything. I'm was excited to join in to celebrate life and help let this mother know she's being helped by people who don't even know her personally. For the first time in my life I was able to support a person who obviously had a hard choice to make, and made the right one.

When I threw a baby shower for my daughter Joanna, I said in the invitation, “Please wear a maternity outfit and dress in some stage of pregnancy so Joey won’t feel so big.” I bought and wore a maternity dress that I gave Joanna after the party (we’re the same size). It was a blast to see every woman pregnant including my mom. And it was fun to “pretend” to be pregnant as it brought back memories for all of us.

A fun game is to fill a bunch of 4 oz. baby bottles with water, make big holes in the nipples and have a race to the finish. This makes great video! Seeing a bunch of adults sucking on baby bottles is really really funny.

This blog was sponsored by "Get Your Acts Together" and "Learn to Know Your Inner Brat." It's a six-week video program to help you get organized by getting in step with your inner child. The price was $29.95 and I've slashed it 50% and you'll get "Sidetracked Home Executive: from pigpen to paradise" e-book for free!