USA! Proud to be an American? Love our flag and what it stands for? Love our military? Love our men and women in blue? 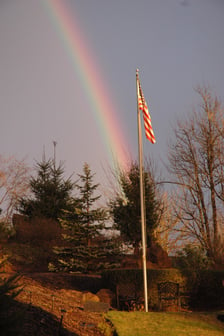 be there for the celebration! Unfortunately, my husband, Terry, is a combat war veteran and if he gets too close to the fireworks, he suffers the consequences.

So Instead of going to Washington, we'll be here at home on our deck where we overlook hundreds of communities that have fireworks displays...at a distance.

We'll watch what's going on in Washington too, since they'll be in the dark three hours earlier. If you are going to be at the capitol, have a super time!

I'd like to thank the two largest pyrotechnic companies in America, Phantom and Grucci’s for their donations to make this event spectacular. Grucci has been a family-run business since 1850. It's considered among the premium pyrotechnics firms in the world. The Washington show will feature state-of-the-art technology and creations. The 15-minute show, expected to cap the event at 9:07 p.m., will be run by a crew of 25 people operating 18 computer systems. Mr, Grucci said, "The $750,000 tab for the display was footed by Phantom Fireworks, an Ohio-based retailer of consumer fireworks, which often works with the family."

The show is so big that the family started installing it in Washington on June 25. The logistical challenges were such that the entire show was brought to the site Thursday on 19 flatbed trailers.

In a salute to America's men and women in uniform, the fireworks display will be choreographed to patriotic music. Each of the nation's armed services will have its own moment. When the music plays for the Army, for example, green fireworks will fill the sky, the Army's symbolic color. For the Navy, the displays will be blue.

When "The Stars and Stripes Forever" plays, the family will reveal its own creation of a fireworks-generated American Flag, 700-feet-wide and 600-feet-high, Grucci said.

The address by the President, Salute to America will honor each of the nation’s five service branches with music, military demonstrations, multiple flyovers including a flight demonstration by the Blue Angels. 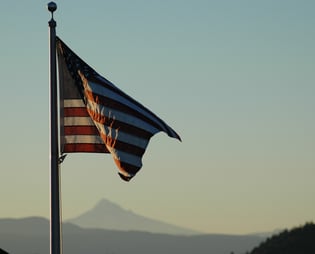 The U.S. Navy Blue Angels will perform a flight demonstration at President Donald Trump's ‘Salute to America’ Fourth of July Celebration in Washington, D.C.today. The demonstration will be one of multiple aircraft flyovers at the star-spangled event.The celebration includes a parade honoring Independence Day and will also feature a fife and drum corps, military units and drill teams.

Participants include the Old Guard Fife and Drum Corps, the U.S. Army Band (‘Pershing’s Own’), the Armed Forces Chorus, the United States Marine Corps Silent Drill Team, and many others.

God bless America! I pray that all who go to be part of that celebration and all the celebrations around our great country, meet with hoards of peaceful, fun-loving, men, women and children who are patriotic Americans of every color and religion.