I'm Going to be a Great Grandmother!

When McKenzie, my first grandchild was born 23 years ago (my youngest daughter Joanna's child) I was stunned by the experience. I was honored to be at the birth and had one of the major shocks of my life; I loved that infant with the identical love I had for her mother when she was born. Being a grandmother was one of those surprise perk events God has up her sleeve.

When it came to wondering what my "gramma" name would be, I really didn't care. I called my grandma on my dad's side Gramma Dot and my mom's mother was Granny. I decided I'd just wait and see what name McKenzie would give me when when she started talking. She named me Ila, pronounced eye lah.

that I’m going to be a great grandmother in July! The news lit up the table at the Applebees we were in like news that North Korea is going to be nice now!

McKenzie is full of energy and emotion. That’s a kind way to say she’s quite a drama queen that you can’t help but love. Once when she was about four-years-old we were picking blackberries out in the woods and when we found a bunch of luscious berries at her level, she shouted, “Oh Ila, don’t they make you want to sing loud?!!! (I’d taken her to see “Annie” when the road show came to Portland, Oregon and she loved the live actors as they sang and that’s probably where she got that notion. I remember at the performance, she leaned into me and whispered, “She’s not doing it right Ila!” She’d seen the movie “Annie” starring Carol Burnett as Mrs. Hannigan, many times and she was comparing the stage Mrs. Hannigan to Carol Burnett’s portrayal.)

It was McKenzie's idea to get in the dog kennel and her brother and cousin seemed rather happy about that.

McKenzie is filled with love and compassion, but can turn on a dime and throw a major fit if she feels something is not right. We’ll never have to worry about her caring what other people think (something I work on to this day) or ever being a doormat for someone.

When McKenzie told me she was pregnant, she had the sonogram that was taken the day before. She was three months pregnant and very proud of the first image of her baby. She gazed at the image like a car buff gazing at a brand new Rolls Royce and said, “Isn’t he beautiful?” I agreed and asked her if she was going to get married and she said, “Oh Ila, that’s what my boss who’s old like you asked.” Her boyfriend’s name is James and she adores him. I haven’t met him, but I’ve been hearing about him for a year and a half. She said he is so excited about the baby.

As I thought about McKenzie not being married, and how wrong that feels to me as an old person, I can’t help but think about my life and my first child. I was 22 when I had Michael. I’d been married for three years and was a virgin when I got married, and yet, I knew I was in for trouble marrying this man. By the time I was pregnant I wanted out, but felt stuck because of what people would say. Once I was stuck I did what a lot of women do, I stuck with it for the sake of the children. What was I thinking? They were subjected to his raging temper, his moodiness and unpredictability and I sunk into a meek, woman with very low self-esteem. Such a great role model I was for my children during their formative years.

I guess my point is I have no business judging McKenzie for not getting married right now. She’s smart, strong, hardworking, organized and beautiful and I have no doubt that she'll make a very good mother. 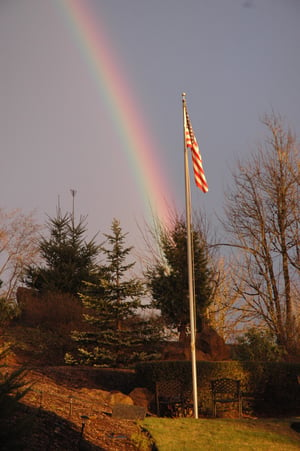 The sonogram didn’t reveal the gender of the baby, but it did show a very healthy one. A week after our lunch, I received a text from McKenzie with a short video attached. When I clicked on it, I proceeded to hear my great grandchild’s heartbeat! What a beautiful time we live in! To be able to experience the sound of life fills me with knowing that all is well and love is mighty in the midst of us.

Thank you for reading this blog which is all about me and my family. I hope you got something out of it that can help you, although I have no idea what it would be.

PS Check out my Grandma Special on my kid's book Let Us Be Silly. 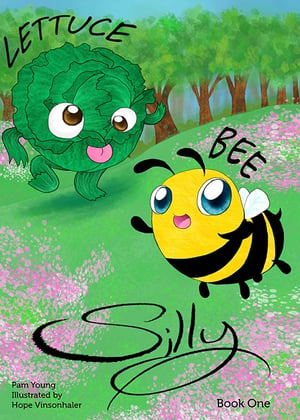