It Happened so Fast! 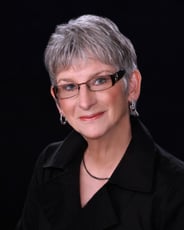 "Hey, the Internet's Down!"

I had to go to Target to buy a router. (Earlier that day I’d purchased one at Walmart, and it was the wrong kind so had to return it.) I used the verb “had to” because buying a router is not on my list of exciting things to buy. (And returning things is right up there with having a pelvic exam.)

All I knew was the router we had quit letting us watch television on the internet and we needed a new one. Finding the right one when you don’t know the difference between routers and alternators was like going to a plumbing supply store to pick out the sump pump of your dreams. I wasn’t in the greatest mood driving to Target from Walmart.

The kid who helped me had a "techy" look, but he seemed to be in training and kept asking me questions I had no answers for. I ended up with a box about the size of a toaster with a picture of a router that looked nothing like the one we had that died, or the one I bought at Walmart, but he promised it would do everything it needed to do for us.

I thanked him and headed for checkout holding our choice by a handy knob that looked like two Oreo cookies stuck together and attached to a springy cord tied around the box. All the checkout places with real people were busy, so I went to a self-checkout station and proceeded to follow the instructions, expecting fully to get stuck and have to call for a real person to help me finish the transaction. I’m always anxious when I use self-checkout and this was no exception. To my surprise and delight, I finalized the deal with the machine and it spit out a receipt into my hand. I bagged my router and headed toward the front doors.

About five feet out the door, I heard the alarms at Target go off and thought, ‘Oooh, somebody’s busted.’ Not being a gawker, I kept walking toward my car, glad I could cross router off my errand list and get on with my day. The next thing I knew, a man ran in front of me, and stopped me in my tracks.

"Excuse me ma'm, may I see in your bag?" In that instant, my 78-year-old brain connected the Oreo cookies attached to the springy cord to the sounds coming from Target. Since I had my receipt still in my hand, the guy was very nice. Surprisingly I didn’t beat myself up for my absentmindedness, and instead immediately found the humor in the situation….that is until I had to live the next phase of this story.

Going back into Target was NOT very fun or funny. People stared at me (mostly women) with that awful SHAME-ON-YOU look. They didn’t know the story. Their glares said they were thinking, “You got caught shoplifting you sneaky old lady. I’ve read about senior citizens like you thinking they're invisible and getting away with free stuff all the time. I hope you go to jail.”

Since I couldn’t explain to my jury of Target shoppers, what happened, I decided to look guilty and I followed the man, shamefully back into Target to undo the Oreos from my PURCHASE. He put it back in the bag and I left.

Just FYI, the router was not the right kind for us, and I had to return it the next day. So much for man-made plans.

Speaking of plans, we SHES (Sidetracked Home Executives) are very good at having our plans change. The SHE system is great for us, because it was created by two of the best sidetrackers on the planet. We built flexibility into the system.

If you purchase this package I'll give you "Sidetracked Home Executives: from pigpen to paradise" e-book for free.