Let Yourself off the Hook

Set Priorities Learn to Say No! 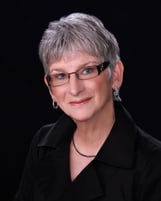 Life is really, really busy for all of us. Whether you’re running a business, going to school, dealing with keeping the house clean and enjoying family, friends and loved ones, it’s important to learn how to prioritize. That’s why being organized, just enough to please you, starts with knowing what’s important to you.

In Sidetracked Home Executives: from pigpen to paradise, I wrote:

We were afraid to say no for fear of being stamped uncooperative. We needed the approval of others, and saying yes was one way to get it. In that first week of soul-searching, we made the astonishing discovery that we needed to give others the opportunity to be praised. By leaving some of the work for others, we also were leaving them a chance to get the credit. So, charitably, we posted a sign by our phones that read, in capital letter, “SAY NO!” and from that day on, we rejoiced in our freedom to decline.

Personally, I still dislike saying no. I want to help everyone. I want to be everywhere. I don’t want to miss out on something that could be a really good opportunity. But in order to be a loving wife, mother and friend and an inspired writer, I HAVE to say no.

In "The Joy of Being Disorganized," I had this to say about saying no:

How will you say no today?

One of the lessons we SHEs need to learn is the ability to give ourselves instant permission to say “NO.” We are notorious for overbooking ourselves. We love to wear invisible capes and think we can save the world all by ourselves. “Sure, I can take thirty toddlers to the zoo, as long as I can get back home in time to frost the six cakes I baked for the church cake walk tonight.” “Yes, I can price all 2,000 items for the rummage sale, as long as I can be at the humane society by noon to groom strays.”

Besides the adrenaline rush, I think there are several other reasons behind this overbooking disorder. One is the desire to be liked. We want people (especially other women) to talk well about us behind our backs.

“Janine! What a woman! Did you know she singlehandedly organized the Holiday Bazaar?”

“Yeah, and did you know she designed and built the float for the Founder’s Day Parade?”

“Yeah, and she grew the flowers that were on it from seed.”

“I wish I could do all those things so people would want to be like me!”

The truth about Janine is she’s exhausted, takes performance-enhancing steroids, cries when she’s alone, requires sleeping pills and anti-depressants to smooth out her private mood swings, can barely walk through her messy house in spite of her futile foray at Feng Shui, can’t use her oven because the smoke alarms go off when she preheats, is scared of the mystery food in containers in her fridge, and is on the verge of divorce.

What the other women are really saying behind Janine’s back is:

“Janine’s such a sucker!”

“Mmm hmm, but she sure can’t control Frederic, I heard he goes out of town a lot. Gary saw him in a San Diego restaurant and the woman he was with was not Janine.”

“Hey, not to change the subject, but at the next PTO meeting, let’s elect her to lead the teen camping trip into the Himalayas.”

Saying no isn’t easy at first, and it felt awkward responding in the negative when people asked me to do something. To ease my discomfort, I was tempted to give a justifying excuse (which occasionally was a stretch of the truth). “No, uhhh, I have, uhhh, a sick mother-in-law to feed.” Until you can feel comfortable with just saying no, here are a few suggestions to use, especially on those who value a worldly work ethic:

“No, I’m working on a huge project right now.” (aka: You’re making your home peaceful.)

“No, I’m booked solid.” (aka: You’re working on your IPODs. Important Piles of Decisions)

“No, I have an appointment with some very influential people.” (aka: You’re going to spend time with your family.)

“No, I’m waiting for confirmation on a project that’s going to take up a huge chunk of my time.” (aka: From now on, you’re playing with your kids when they get home from school.)

“No, I have some traveling coming up.” (aka: You have to run errands.)

“No, I’ve got a deadline looming. (aka: You’ve got to get groceries.)

“No, but you might wanna ask Janine, I’ll bet she can do it.”

At first, saying no will feel uncomfortable. You may even feel a little guilty for putting yourself first. If you do, try going for a walk or calling a friend after you say no. Sometimes getting air or a fresh perspective is all you need.

Remember, saying no isn’t bad or selfish. Saying no is about you recognizing and respecting your boundaries so you can be the person you want to be.

How will you say no today?