What Goes Down Must Come UP! 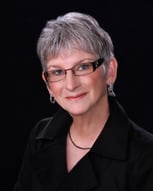 Take some advice from an old lady; what goes down, must come up. I’m not talking about the “I fell down and I can’t get up,” commercial for some kind of alarm device, (although it’s probably a good thing to have when you’re old) I’m talking about stairs and hills.

I’ve been recovering from Grave’s disease for the last month and a half and my physical body has gotten happier and happier with the drug I’m taking. I’ve gone from, ‘oh, I’ve got to go downstairs to my office, which means I have to go back up later,’ to being thought-free on the stairs. I actually feel like my “old” old self and it’s wonderful!

Here’s what prompted this blog. I woke up frisky. It was a gorgeous day! 70 degrees. With fall in the air, I always get special prompts to get outside and soak up the start of the season. There was a breeze, and the leaves were starting to rustle in the wind more, because they’re drying out. Have you every noticed that? Green, summer leaves rustle too, but not like tired, old leaves that are ready to turn color and fly.

For two years, Jim, our next-door neighbor, has been working on his property that runs between our homes. He cut down lots of maple trees (they’re like weeds in the northwest) that were threatening our views and cleared trails down to the stream. We’d hear the chainsaw and the weed eater for hours. He turned a rugged ravine into a manicured park in two short years. 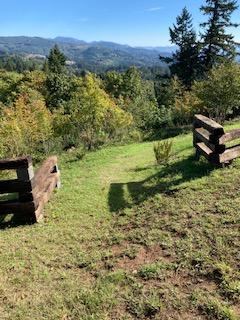 Every time we’d see him, we’d rave about how much work he’d done, how beautiful his property looked and how much our view had improved. He’d talk about all that he’d done that we couldn’t see from our vantage point.

Because of my health issues over the last two years, heart surgery, hip surgery, pacemaker implant and then the Graves disease (because of a drug I had to take for the heart problem), I could only visit his work in my imagination.

But on that beautiful day, I felt ready to go see what Jim had accomplished. I dragged Terry and Maggie with me! (Well Maggie didn’t’ get dragged, she was thrilled with the whole adventure.)

The trail was great. Jim had cut stairs into some of the steep parts, and as all great trails go, it beconed us on further and further down into the woods. About 500 feet. We admired his hard work and marveled at how the ravine had been transformed. We’ve lived here for 20 years and had bushwhacked our way down through some the blackberries and thistles many times in our past, so we appreciated what Jim had done. 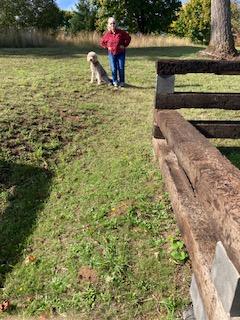 It took us about half an hour to reach the bottom of the canyon and here’s advice for the elderly: Don’t take trails that go down first.

Once we were down, I felt invigorated. I’d hardly used much energy. I suggested we cross the stream and go up on the other side where I spotted a gradual trail back up and behind another neighbor’s house.

One problem, it was no longer Jim’s trail. It was a deer trail. If you don’t know much about deer trails, you need to know deer don’t care about blackberries, thistles, fallen trees or dead branches, none of which showed from a distance.

As we started up the other side, we discovered it was going to be a challenge, but we hadn’t used up a lot of energy going down so we were optimistic. It was steeper than it looked from the stream. We had to use tree branches to pull ourselves up, dependent on them supporting our weight. Many broke sending us back down a few feet. We had to rest about every ten feet we went up, studying what our next move would be to get up and out. Terry was always right behind me and had to stop me from going into a roll many times. Maggie was oblivious to our plight.

We were able to get to the top of the ridge behind the other neighbor’s house, but we were trapped behind a wall of blackberry bushes six feet high. Br’er Rabbit could have got through, but the three of us were stopped.

We picked up a trail that ran perpendicular to the blackberry barricade and found an “iffy” way into the back yard of the house next door to Jim.

What was supposed to be a half hour expedition turned out to take 2 hours. I ended up lying on the neighbor's  lawn exhausted and unable to go any further. Terry said he’d go get the car and after resting I could make it to the street and we'd drive home. The neighbor came out and got me a chair and a big glass of ice water and we rehashed our harrowing hike. Terry said, "We just can't do what we did when we were 77." Now that we're 78, we're not going down first ever again.

Just in case you didn't know, I have a few "The Sidetracked Sisters' Happiness File" hardback books! Get one before they're sold out.