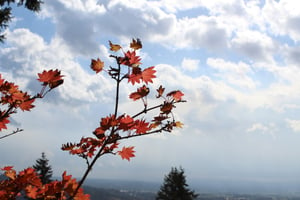 It doesn’t have to be. Here’s an acronym for FORGIVE that came to me while writing “How to Live Happily Ever After: Cinderella did it and you can too.” FORGIVE: Focus On Recognizing Goodness In Virtually Everyone.

I shared that thought with my meditation group last night (we meet once a month). Forgiveness was the topic our leader, Klazina Dobbe, started the meeting with and even though I don’t usually share something that will be in an upcoming book (Cinderella will be out in January) I felt moved to share the enlightened thought with them and with you. It caused quite a stir as each person considered the meaning. 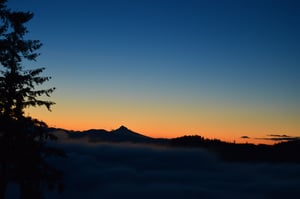 What I didn’t expect was an amazing event I experienced in meditation as the twenty women and I sat around the fire in the middle of the cozy meditation room. I have to go back about ten years and fill you in on why this experience was so significant.

It was about ten years ago that after meditating for 30 minutes or so I did my usual process of allowing my inner being to play with me in my imagination. I’d been experiencing a lot of frustration toward one particular person and I’ve learned that whenever I indulge in animosity toward someone, the law of attraction feeds me more people to be frustrated with. It’s sort of like when a negative remark on Face Book shows up and begets a whole bunch more like thoughts.

So in my “playtime,” I’d visualized the one person that was at the center of my hostility and two more people whom I’d awful showed up. In my imagination, I watched each one go up a staircase to a small, sleek aircraft. As each one got to the door he/she turned and waved the way presidents do when they enter Air Force One. In my imagination I watched them disappear into the jet and then I watched the jet taxi the runway, take off and disappear into the sky. At the time it was a wonderful relief to have them gone. It tickled me how easy it was to have them out of my hair for the time being. And they’d stayed pretty much gone for ten years!

This brings you up to speed so I can share what happened in a guided meditation. I was enjoying the beautiful garden I was led to imagine. I was able to fly, slow as if I were under water and as fast as a hummingbird. I danced in flames, I swum underwater; I cuddled with a lion family and played with children I’d never met before. And then at some point I looked straight into the eyes of the three I’d sent off on "Good Riddance Air!

They were beautiful (it makes me cry as I write this) and filled with light and love. I was consumed in a warm glow of love. Tears streamed down my cheeks (really, not in my imagination) as I drank in the love. It was a profound moment for God to show me what I’d been missing when it came to these children of His. I’m still in such a grateful vibration over this. One of those three has passed away, but two of them are still here in this physical world. The next time I see either one of them (and I will) our meeting will not be awkward, because I’ve changed. Something healed within me as I was able to finally focus on recognizing the goodness in virtually everyone.

I highly recommend the Good Riddance Air exercise, but to really heal you might try asking God (or whatever name you use for Him or Her) to show you how He/She sees the person you’re mad at. I guarantee you’ll be shocked.

Focus on recognizing goodness in virtually everyone,

P.S. I'll be in New Jersey on Novemeber 28 doing a get-organized-just-enough-to-please-you workshop with my friend Kathy Roberts, the Tidy Tutor. Just click on our invitation to register. We'll have lunch, we'll play and plan for making 2018 more organized and more fun. 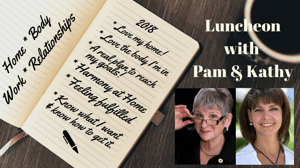 If you like my take on forgiveness, here's another blog I wrote: