In chapter twelve of The Joy of Being Disorganized I remind my readers to “quiet your adult mind long enough to hear your inner child's voice.” Having a clean, cozy, peaceful home certainly includes letting that fun-loving child remember what we love to eat! In this video, I show you one of my favorite comfort foods of all time...chicken broth and the tasty chicken salad made from what was left on the bones after making the broth.

Every single tasty morsel of meat is simmered along with some yummy vegetables seasoned just right.

Go ahead and indulge and let your inner child put her hands on her hips and say “None of that low fat junk for me!”

END_OF_DOCUMENT_TOKEN_TO_BE_REPLACED

Your willpower will crumble with this berry good treat! 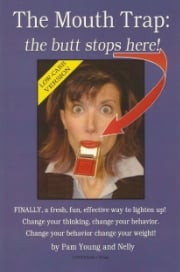 Hmmm, summertime and the livin’ is easy......and so is this sumptuous berry dessert. Yep, I said dessert, even though we're committed to low carb cooking. Did you ever go berry picking as a kid? Well, as a grownup it's even more fun because you get to use your gathered gems to whip up my newest recipe for what I call Crumble. It's not a cobbler and it's not a pie, but it’s something your family will absolutely drool over--and so much healthier too! The sweetness of sun ripened blackberries will bring back memories of lazy days, gentle breezes and blue skies that melt into blazing sunsets. Better make a double batch, this one goes fast!

Sit back, watch the video, then go pick some wild blackberries (if they live by you) and whip up this special treat!

END_OF_DOCUMENT_TOKEN_TO_BE_REPLACED

Down in the Dumps? 10 Ways to Feel Better Instantly!

When you feel blue, the sooner you can get out of it the better. If you are you going through a rough time right now and your happiness quotient has hit an all-time low the subject line of my blog probably grabbed your attention. If you’re looking for relief in anything material, you know that kind of comfort only works temporarily, but if you’ll take a deep, cleansing breathe and allow one of these ideas to sink in, you’ll have an instant faith lift that’ll last longer than a cup of coffee or a martini.

We are so much alike and we have so much in common. We want to love and be loved, we have great concern for the well being of our families and finding peace of mind is important to us. We want peace and joy to follow us all the days of our lives and getting down in the dumps when we have so much to be thankful for can make us feel even worse.

Peace of mind and joy are spiritual qualities and it takes practice to have them follow us through the twists and turns and ups and downs of life. It’s good to know the doorway to peace and joy is gratitude. God wired us with the ability to be grateful and when we’re feeling gratitude, we are joyful and we instantly feel better.

END_OF_DOCUMENT_TOKEN_TO_BE_REPLACED

It's enough to shut you up!! 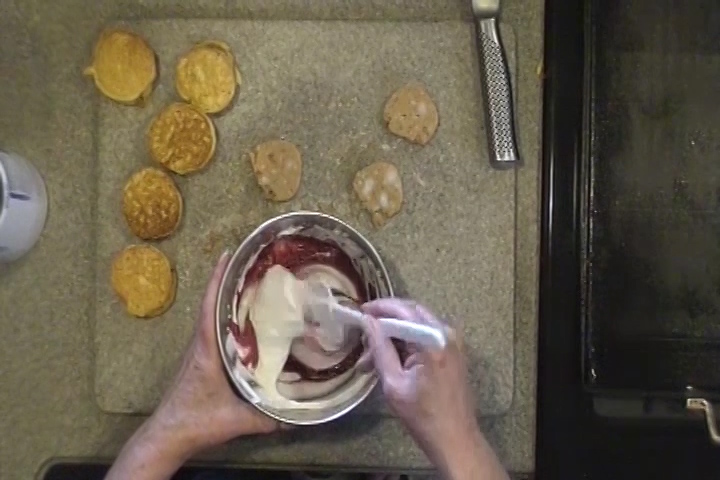 "Fill 'em with fat, right off the bat!" That's my motto for kids healthy eating. Yep, you read that right! Now before you all go running to report me to the first lady, let me explain a little. If your kids are like mine were. they're hungry all the time, and nothing seems to stop the little munchkins from rummaging around the kitchen like homeless guys in the park. Round and round they go pulling open drawers, cabinets, oven doors; you name it, searching for something to eat. Not even the dog dish is safe.

Well, as you might guess, it's low carb cooking to the rescue. You see, it's fat that stays with your body and gives you the kind of energy that lasts.....through the tree climbing, sprinkler jumping, roller skating days of summer fun. You'll love this easy, healthy snack that's better than ice cream and fun to make too. Guaranteed to shut up your craving for junk food!

In this video, I show you how to makes a snack for your snuggle bunnies that will stop the scrounging for something to eat.

END_OF_DOCUMENT_TOKEN_TO_BE_REPLACED

Mac & Cheese without the Mac

One of my all-time favorite low-carb cooking recipes is what I call “Cauliflower-oni and Cheese." Who needs that carb-loaded, slimy macaroni when you can cook up a yummy, steamy head of cauliflower an

d leave your pickiest eater drooling for more? In this fun, how-to cooking video, I share with you the secrets of happy cows from Ireland, and the joys of a forty year old pot. (The kind on the stove.) This is sumptuous, guilt-free dining, and you'll want to make plenty for the crowds that will be begging for seconds and thirds and the recipe.

END_OF_DOCUMENT_TOKEN_TO_BE_REPLACED

7 Ways to Work Out in the Sky

Because American Way (American Airline’s in-flight magazine) is featuring the House Fairy this month, I thought it’d be good to write about exercising while flying. So, Mom, want to shrink that belly fat while you’re on your way to Los Angeles? Here are 7 ways to get back into those pants that are too tight.

As an author of get-organized books, I’ve had to fly extensively, and over the years I’ve figured out some ways to get in a little fitness activity on a plane without getting kicked off it. We have to put our fellow passengers first before our exercise regimes. Having a passenger invade my space is on my list of top ten annoyances, so I’m very careful not to bother my seat partners.

Once while travelling, the woman next to me used an inflatable neck rest which obviously had a leak. While she slept, the air leaked out and her large body gradually listed into my space and finally rested on my arm and shoulder. The assertiveness-training classes I took, didn’t take and I allowed the invasion of my personal space. Soon after, she woke up from the awkward slant of her torso, blew the thing back up, and returned to dreamland, gradually tilting back over her armrest again and into my lap. This process repeated every 27 minutes (not that I was counting!) on our nonstop flight from Portland, Oregon, to New York City, New York.

We certainly don’t want to be invasive like that while we squeeze some exercise into our travels.

My goal when exercising on a flight is to keep my workout as discrete as I can. That’s part of the fun! One good way to do that is to get your moves in before takeoff. If you think how much time it takes for all those passengers to get on the plane and the chaos created as they get their stuff stowed and get seated, most of these exercises can be done after you board and before the plane taxis off to the runway, thereby sparing your flight mates any grief while you work out.

Some of my exercises are isometric and make use of your imagination.

For lower-body strength: Sit in your seat and pretend that your feet weigh 20 pounds each. Discreetly lift one leg up and hold for five seconds, being careful not to disturb your fellow passenger with groans or heavy breathing (especially if you’re in a center seat). Then raise it up as high as you can without knocking into your tray table and continue holding for five more seconds. Repeat with each leg 15 times.

END_OF_DOCUMENT_TOKEN_TO_BE_REPLACED

I remember loving Peeps as they got older and chewier, but more than once I Peeped myself into the next size bathing suit when summer was just around the corner.  Here it is a week since the Easter Bunny came and it’s my guess that you and your family have had your fair share of chocolate in the shape of bunny ears and eggs.

My blog on Wednesday Hey DING DONG (it’s not about the cupcakes) has to do with procrastination and it occurred to me that a great decision to stop putting off would be a decision to stop eating sugar.

END_OF_DOCUMENT_TOKEN_TO_BE_REPLACED

Chocolate Lovers on Low-Carb Diets Can Still Have Chocolate!